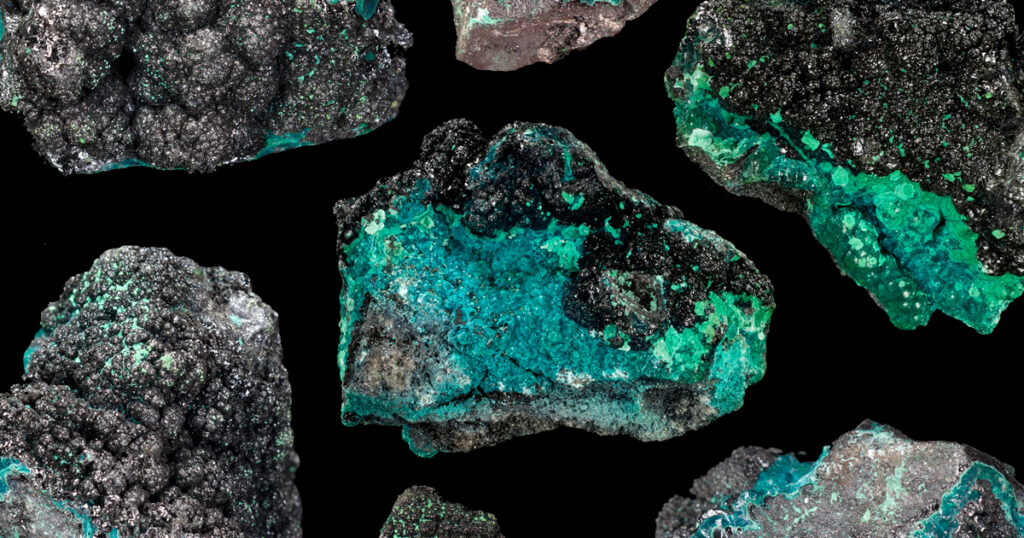 What Are The Major Natural Resources Of The Democratic Republic Of The Congo?

SUFFERING IN THE MIDST OF ABUNDANCE

DR Congo is commonly considered as the wealthiest country in the world in terms of natural resources with an estimated evaluation of 24 trillion dollars ($24 trillion) in natural minerals– equivalent to the (GDP) gross domestic product of Europe and the United States combined together. Yet its citizens struggle within a country that has the second lowest nominal (GDP) in the world and is the epicenter of what many consider to be an African world war.

The nation is the second largest producer of diamonds, comprising 30% of worldwide diamond production. It produces 70% of the world’s coltan. It also contains the world’s largest cobalt reservation. The majority of the mineral extraction is done in unregulated, small scale operations known as “Artisanal and Small-scale Mining. The country also has a large hydropower potential (53% in Africa and 13.5% in the World.

In its 2011 annual report on the Human Development Index (HDI), UNDP estimated that over 71% of Congolese live on less than a dollar per day. According to this report, it is a critical evaluation of per capita income. It fell by over 15% in real terms between 1995 and 2007 (before the global crisis), a decrease of about 1.4% annually over this period; these statistics are alarming.

The Congo has vast deposits of minerals which are arguably its most important natural resource. A wide variety of minerals are located in the Congo ranging from cobalt to gold and tin. The mineral sector has faced several significant challenges that have hampered it from contributing significantly to the Congolese economy. One of the challenges that face the Congolese mining sector is the country’s political instability. During the wars that ravaged the country, the minerals were illegally exploited by the various rebel groups fighting in the Congo. Due to the illegal operations of the rebel groups, several mining companies in the country were forced to shut down their operations. Another challenge facing the Congolese mining sector is the rampant corruption among the country’s public officials. The Congolese government implemented some reforms in an attempt to make the country’s mining sector more economically viable. One of the reforms that the Congolese government put in place was partnering with the International Monetary Fund and other nations such as Canada and Ireland to modernize the country’s mining sector.

One of the Congo’s most essential minerals is copper which is mainly extracted in the copper belt region. The Congolese government estimates that the country’s copper belt has more than 70 economically viable deposits of copper. The copper deposits found in the Congo are some of the top high-quality copper reserves in the world. Experts believe that the copper deposits in some of the Congo’s reserves could be more extensive than previously estimated. Most of the copper produced in the Congo is sold to other nations with the significant market for the nation’s copper being China. Some of the companies that mine copper in the Congo are from other nations such as Metorex from South Africa and Anvil Mining from Canada.

Congo has some of the largest deposits of oil on the African continent and in 2008 the country was believed to have 180 million barrels of oil. The Congolese government estimated that in 2008, the nation produced roughly 19,960 barrels of oil each day.

4. Cobalt: One of the Biggest Mineral Resources In Congo DRC 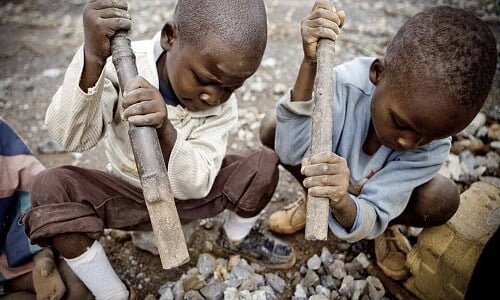 Recent statistics have shown that DRC is the largest producer of Cobalt in the world. In fact, the country had more than half of global production in the last years, according to Natural Resources Canada. Very useful in today’s digital world, like the coltan in Congo, the cobalt is also a strategic mineral. According to Forbes, the cobalt mining in Congo is mainly done by poor workers, especially children.  Due to its global position, the Congo cobalt is among the biggest natural resources in the DRC Congo.

Coffee is one of Congo’s most important crops since it is the country’s top agricultural export item. In 2004, the Congolese government estimated that the roughly 33,000 tons of coffee were produced in the country. During the 1990s, Congolese coffee farmers produced roughly 97,000 tons of coffee each year. Most of the coffee in Congo, close to 80% according to several estimates, is grown in three provinces Haut Zaire, Kivu, and Equateur. Most of the Congolese coffee farmers grow Arabica coffee with only 15% of the country’s coffee being Robusta. Congolese coffee is mainly grown for the export market with nations such as Switzerland, France, and Italy importing most of Congo’s coffee.https://c068d9c0aa7308a4456f68a892e2d9fe.safeframe.googlesyndication.com/safeframe/1-0-37/html/container.html

Economic Challenges Facing the Democratic Republic of the Congo

The Congolese economy faces a significant number of challenges with the major one being the country’s political instability. The wars that have affected the Congo have hampered its economic development.

Located in central Africa, the Democratic Republic of Congo or Congo Kinshasa is considered to be the world’s wealthiest country regarding its natural resources. In fact, its unexploited deposits of minerals are estimated to be approximately worth 24 trillion United States Dollars (USD). Despite all this vast potential, the DRC unfortunately still remains a poor nation. What a paradox. Here are the biggest natural resources in the Democratic Republic of Congo that everyone needs to know. 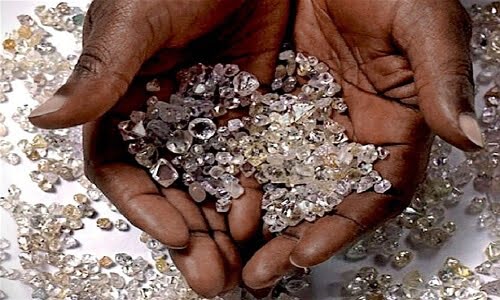 No doubt that Congo has massive natural wealth including vast deposits of diamonds. And up to date, most of Congo diamonds are mined by the informal sector and sometimes manually by individuals. It is quite a very tough process but very lucrative. Only a few mining companies including African Metals Corp, ARC Minerals Ltd, and others are active in the sector. The Democratic Republic of Congo is the 3rd largest producer of diamond in the world just behind Russia and Botswana. But in Africa, the Congo DRC holds the major diamond production.

5. Copper Mine In Congo DRC 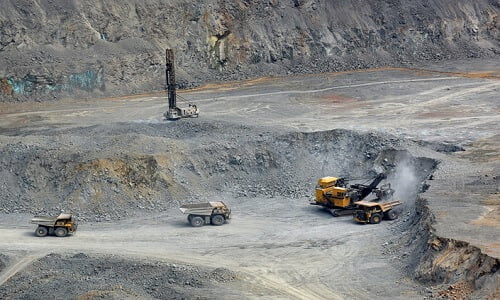 Copper Mine in DRC

The mining of Copper is another major industry in Congo. For years the Congo DRC has been the top largest copper producer on the African continent along with Zambia. The DRC Congo possesses substantial reserves of copper. According to Investing News, the DRC is among the top 10 copper producers in the world. Their statistics have also shown that copper production in Congo reached 1,2 million MT as of 2018.

To conclude, the mining sector of the Democratic Republic of Congo has immense potential which is still not exploited fully.  Additionally, minerals such as Diamonds, Gold, Coltan, Cobalt and Copper are so important nowadays. Therefore, any investors, businessmen, large organizations in search of a good return on investment should really consider this country. The untapped business opportunities in the Congo mining sector are considerable.

The Congolese government estimated that roughly 60% of the country’s entire area is covered with forests. The Congolese forests are some of its most important natural resources since they are exploited to provide timber to the country. Botanical experts estimated that the Congo has roughly 600 unique species of trees used for timber production. Due to the excessive exploitation of forests in the Congo, the size of forest cover has decreased drastically. The Congo’s forest cover also decreases because trees are destroyed to provide space for agriculture. The Congolese government estimated that since the 1990s, the country lost roughly 1,200 square miles of forest each year. 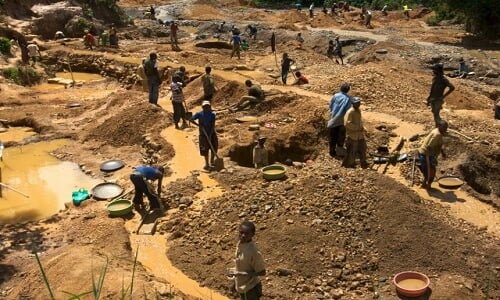 One of the biggest natural resources in Congo DRC is Gold. In fact, according to CBS News, the gold business has been tremendously fueling the conflict in the DRC, up to date. Also, a major part of the gold in Congo is extracted manually by artisanal miners every year. They use their hands and other tools to operate. Recently. the Congolese government has partnered with the largest mining firm in the world, Barrick gold corporation. The main objective is to develop the gold mining industry in Congo. 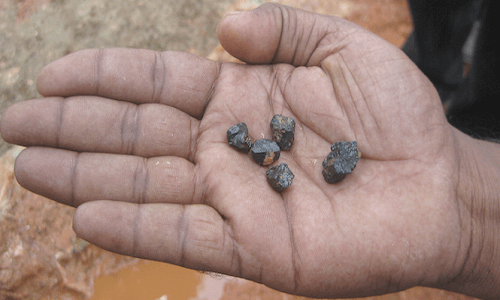 Employed in electric cars and renewable energy technology, the coltan is another amazing mineral resource that you can find in DRC. Once treated and refined, the coltan turns to a heat resistant component that can hold a high electric charge. Due to its great importance in recent years, the Coltan has been officially classified as a strategic mineral for the Democratic Republic of Congo. It is a black metal employed to manufacture tantalum capacitors. This capacitor is a key component for cell phones, laptops, automobiles, photography cameras, and many other electronics. According to CongoWeek.org the DRC Congo holds 80 percent of the world’s coltan.

The DRC is a country immensely rich in natural resources with over 80 million hectares farmland with only 10% being used. It is often said that she is second lung of the planet after the Amazon, the second supplier of fresh water worldwide. With the facts of her immense wealth stated above, it’s sad that The DRC is a poor country, even after 55 years of independence. The Congolese government has been unable to use its vast resources to better the lives of her citizens. While the country is still being exploited, if it must make progress, it must take the bull by horn by promoting good governance and the rule of law, 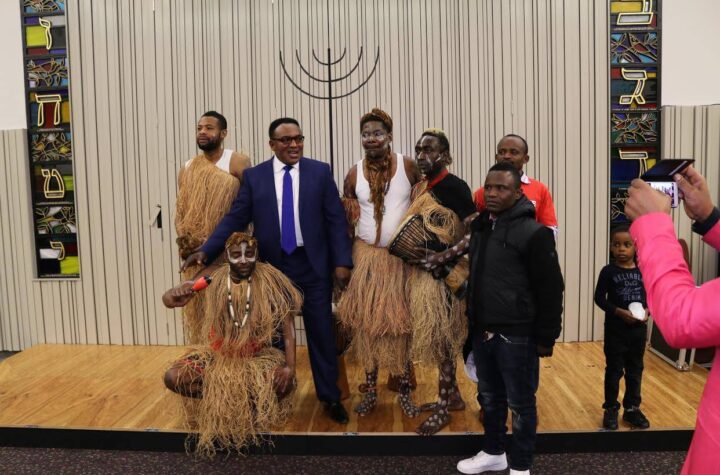 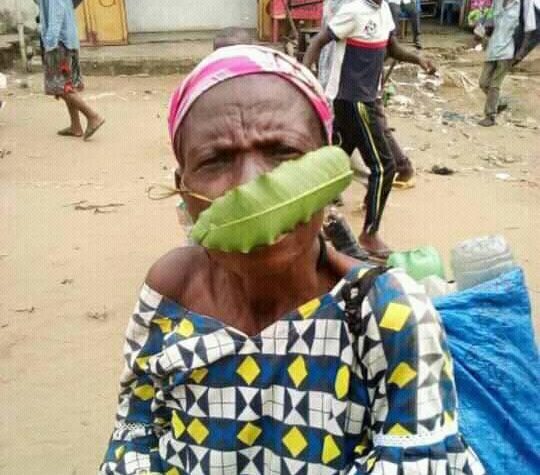 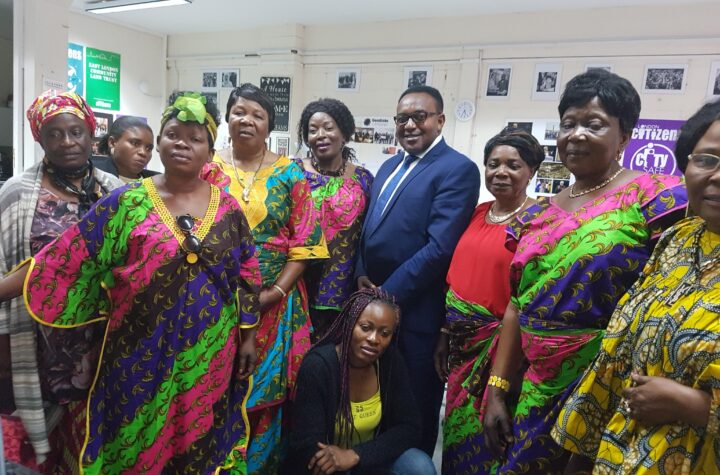 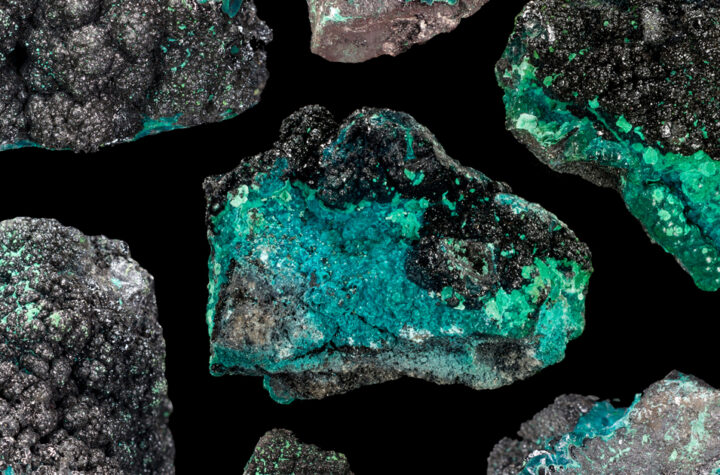